Kairos Italy Theater (KIT), the preeminent Italian theater company in New York City, is organizing In Scena! Italian Theater Festival NY, the first Italian Theater Festival to take place in all five New York City boroughs and beyond. Events will be June 10 to 20, 2013.
“In Scena!”, Italian for “On stage!,” aims to create an annual celebration of Italian theater, both ‘made in Italy’ and ‘made in the United States.’ The program includes different types of theater that has been presented in Italy plus a sprinkling of Italian theater companies based in the United States that root their work in Italian culture.
The year of Italian Culture takes place all over the US during 2013. Other events in NY include events at the Metropolitan Museum, at the Lincoln Center Festival, at the Frick Collection among others.
Plays in Italian will be subtitled or presented together with the English version according to the Double Theater philosophy (the English version followed by its original Italian one). The readings will be presented in the English translation only.
All events are free (but donations will be accepted).
In Scena! is co-presented by the Italian Embassy in Washington D.C., the Casa Italiana Zerilli-Marimò at NYU, the Italian Culture Institute in New York, The Italian Cultural Foundation at Casa Belvedere on Staten Island, Mare Nostrum Elements in Queens, Alto Jonio Dance Festival, AnabellaLenzu DanceDrama in Brooklyn, Inwood Shakespeare Festival, Moose Hall Company, Figment, Belmont New York Public Library in the Bronx, Brindiamo! On NYC Channel 25, America Oggi and KIT Italia.
Kairos Italy Theatre (KIT) is currently the theater company in residency at Casa Italiana Zerilli- 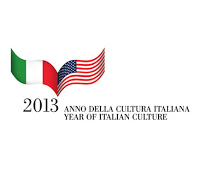 Marimo’ at NYU. Since its funding in 2000 in New York, KIT has produced more than 20 performances and events over the years, collaborating with Off-Off and Off Broadway theaters and with US Institutions such as The Kitchen, The Fringe Festival, the Abrons Art Center, Casa Italiana Zerilli Marimo’ at NYU, Italian Academy at Columbia University, Film Society at Lincoln Center, Dahesh Museum of Art, NY Hall of Science, the Flea Theatre, Theater for the New City, Montclair State University, Suffolk County Community College, the Bernie West Theater at Baruch College, the cell theatre, the Cherry Lane Theatre, The Italian Cultural Institute in NY, LA, Chicago, San Francisco and the General C onsulate of Italy among many others. In May 2003, KIT inaugurated the Double Theatre Experience: one event performed first in English and then in Italian.